Regardless of your age, genes, diet, lifestyle, or environment/home, we are all susceptible to declining health. It’s an unavoidable part of life that modern science, medicine, and nutrition (to name a few) have each made much easier to cope with. Alongside these key components is also fitness, however, unlike the other three, the role of fitness seems to be more often dismissed or not even considered.

Where Fitness Fits In

I argue and feel that science, medicine, and nutrition are all ingredients that fundamentally involve one or more passive phases in their engagement and that’s why they are more so easily incorporated into our daily routines when we want to combat physical or mental afflictions, whereas fitness is an active engagement that has a beginning but no concrete end, making it more troublesome and tiresome to incorporate.

Think about your engagement with each component: scientists/inventors and the ilk discover or invent products that enrich or simplify your life (filtration devices; modern sanitation; electrical gadgets; etc.); psychiatrists/doctors provide medication or procedures that are consumed/done and work in the background; and, similarly, dietitians/nutritionists offer healthy food or eating solutions that when consumed positively affect you at a cellular level without your conscious input, all you had to do was eat – something you already do do and must do to even exist. Compare these to fitness where coaches/personal trainers don’t necessarily provide you with a product you can just consume or engage with and it will do the rest of the work in the background – sure, our bodies automatically respond to exercising, but you must consciously and actively exercise (and consistently at that) to make results.

And perhaps this disconnect is the reason why fitness is easily dismissed; unlike scientific breakthroughs it doesn’t simplify our lives, unlike (some) medication it doesn’t have a temporary window of use before it’s redundant, unlike nutrition it’s not integral to being alive, and lastly, unlike all three components, it cannot be relegated into a passive engagement.

This all makes fitness a national concern: it is inconvenient, easily dismissible, hard to put into practice, and requires an active, ongoing commitment that people are not motivated to put in. And yet it possesses numerous benefits that directly tackle national health problems while being able to work in conjunction with the other components, or even replace them in the right context. Exercising isn’t a silver bullet that fixes all health problems, but it is a damn good first step in tackling and regulating a variety of world issues that all of us have suffered from, currently suffer from, or will suffer in the future.

The typically associated conundrum tagged with fitness is obesity, and exercising is frequently the direct solution to this problem.

It is widely acknowledged that increasing weight is becoming a global problem as child and adult obesity is increasing at a rapid rate, to the point that it’s predicted that in 2025 over 2.7 billion adults will be overweight.

Obesity invites avoidable health problems and compromised immune systems while reducing quality of life, to name a few challenges. With these concerns, it’s easy to see where fitness and exercising come in. Outside of medical conditions, weight increase comes from eating and being in a caloric surplus, and the way to tackle this is to either eat your share but be in a caloric deficit, or burn enough calories to be at maintenance or deficit via exercising.

Diabetes, osteoporosis, dementia, and heart diseases all have something in common, and that is they are examples of common afflictions that could be diminished or completely eliminated if people were to adopt healthier practices in their lives and diets.

It needs to be said that some sicknesses are hereditary and no amount of good practice (diet or exercise) will completely eliminate the chances of falling victim to these issues, but a healthy lifestyle can mitigate their impacts or delay their arrivals.

A lot of times people are dismissive about ailments because they’re not yet at an age where these things become a regular feature in their lives, however, setting good habits at an early age actually goes a long way in establishing a healthy foundation that will see you through your frailer years. Put simply, something that has been 10 years in the making won’t easily crumble as something that only started a year ago.

The perks behind fitness do not stop at a physical level, as they also provide intangible benefits. Globally, the WHO has 264 million people listed as suffering from depression, and like all things, this number will only increase with time (for a multitude of reasons).

Where medication and therapy are typically the go-to in combating mental health issues, exercising actually has an impact too. Obesity and ailments, as physical manifestations, are directly linked with fitness as a solution, but mental disorders are not immediately linked with exercising for treatment. Multiple studies have been conducted that show the benefit of exercising on mental health, and the great part is, even something as small as a five-minute workout can promote positive results.

This may be self-evident, but what we do at a physical level impacts how we feel at a mental level as our actions release and create a multitude of chemical reactions in our brains that go on to affect physical and mental wellbeing.

Keeping in line with the chemical compounds released in our brains, that can help alleviate depression and improve wellbeing, exercising also triggers hormones across our bodies that impact physiology.

The effects of these released hormones are more pronounced for growing children as they can affect a multitude of things, especially for pubescent youths, but their benefits aren’t restricted to children. Although as adults we’ve stopped growing, and our physiology won’t be dramatically impacted, it doesn’t mean we cannot affect the chemical compounds within our bodies and exercising does exactly this as dopamine, serotonin, adrenaline, cortisol, and other chemical hormones are released or suppressed. Our bodies release positive hormones from engaging in a number of activities such as eating, copulating, or even just sleeping, therefore knowing exercising is also one of those activities can go a long way in consciously and purposely rewiring one’s brain and mood.

The Fact of the Matter …

Exercising and adopting a fit lifestyle can help tackle all of these problems, and most significantly of all, financially it costs nothing to get into fitness compared to the other elements that require differing levels of financial access. There’s an irony to the fact that fitness costs nothing and yet it’s not the component people readily turn to when facing health problems – surgery, medication, and quick-fix solutions are typically first in line. I suspect it’s because exercising, like eating habits, requires a lifestyle change and people are not readily willing to deprogram years of comfortable, but destructive, behaviors and habits.

All in all, the challenge in elevating fitness may not be in changing people’s perception of it, but in transforming it into a passive engagement like the other components … however, considering its very nature, that might not even be possible and without a dramatic shift in the present climate, fitness is doomed to remain as an unsolvable national concern as we pursue engagements that don’t ask for the same level of commitment. 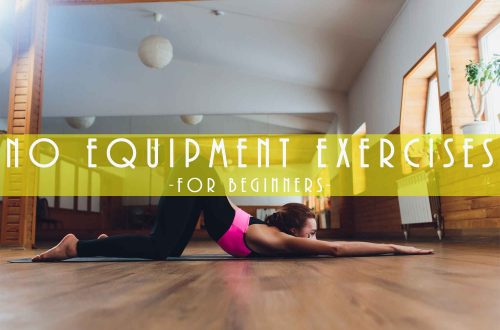 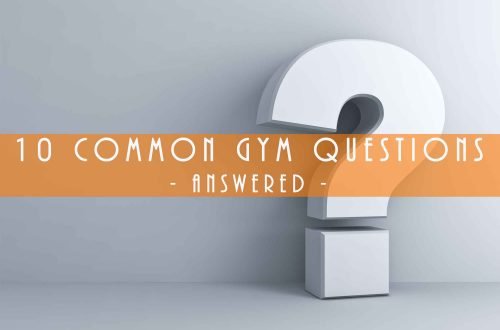 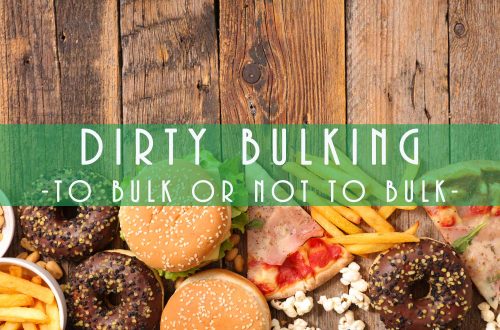 5 Reasons For and Against Dirty Bulking