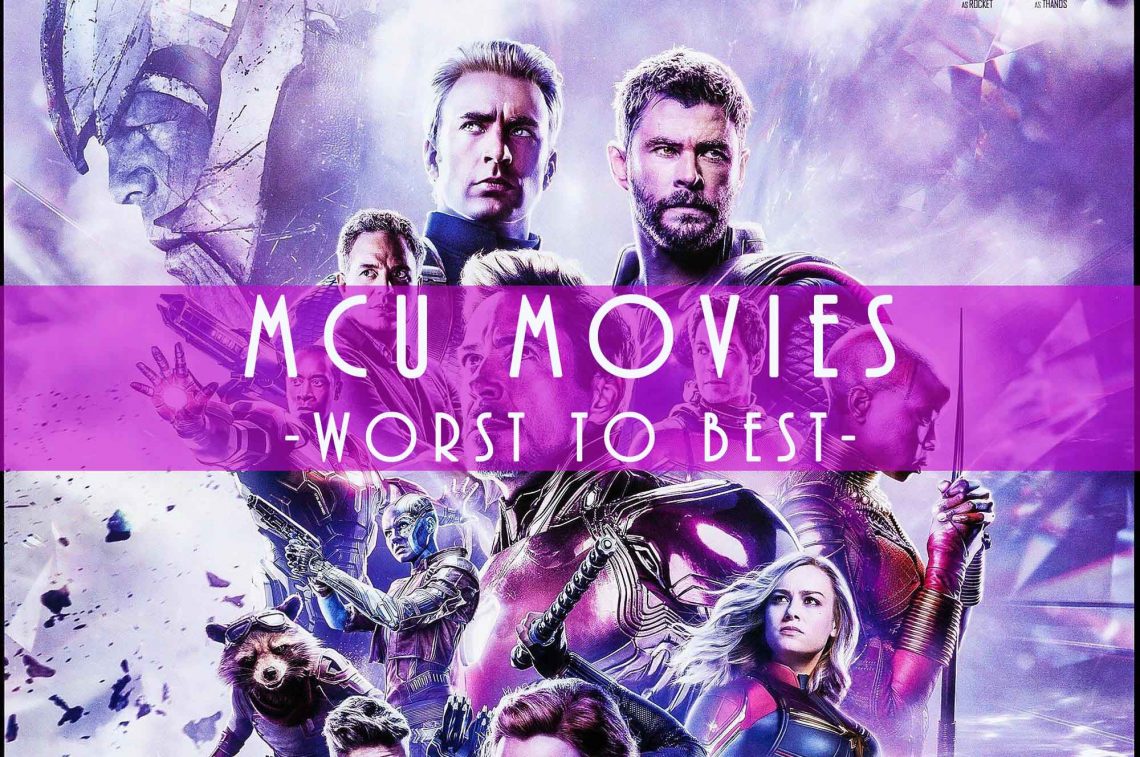 This is a list I’ve been intending to make since watching Endgame and having a moment to look back on the 12 years that’s been Marvel movies. My MCU movie preference list itself doesn’t go into great details, otherwise, we’d be here forever – I simply go over my overall feelings for each movie. If anyone has something to say, I’m always keen to debate these things and see different perspectives just hit up my socials. But don’t think you’ll change my mind.

I’ll be honest, I’ve hit super hero fatigue – well, sort of. The thing is, I don’t like sticking to things for years on end, because I feel like a slave to the thing (whatever it is) so with regards to the MCU movies I always knew there was going to be a cut-off point with my interest in them, but knowing the movies were leading up to Thanos, I identified that conclusion as the natural breakaway point where I could move on without being overly interested in the movies.

So, today, I stand before you as someone whose interest in the MCU movies has waned. I’ll loosely keep up to date with them, but I won’t be worried about spoilers, trying to keep up, or even watching them in release order. At present, the only movies that still hold my interest to some extent are the upcoming Blade, Spider-Man: No Way Home, Shang-Chi, Doctor Strange: In The Multiverse Of Madness, and the Black Panther sequel. That’s it. Once I watch those, I’ll revisit how I feel about the MCU. I’m definitely not interested in the Disney+ shows.

1. Guardians Of The Galaxy Volume 2

A lot of people found this movie emotional and that it pulled at their hearts, but I just found it tiresome with dull jokes and relationship beats between characters that were supposed to have been ironed out in the last movie.

I have all the Marvel movies, and whenever I rewatch them, this is the one I’m typically inclined to skip … well, this one and the next few ones I’m about to list.

What to say about this movie? It dragged and it was painfully dull. Everything and anything of interest happened all in the last third of the movie, barring Thor getting kicked out of Asgard for his arrogance.

Frankly, you don’t miss much opting to watch a 10-minute YouTube summary video of this movie than the movie itself. It really was that dull.

Most people didn’t vibe with this movie and I’m among those people. I know a rare few who really enjoyed this movie, but it made me almost write off Captain America as a boring character with nothing to offer.

With the later movies fleshing out Steve Rogers’s character a lot more, the movie becomes more bearable as Rogers isn’t anymore just a pretentious do-gooder but a lot more complex. However, as a standalone flick, it’s not compelling.

In my book, this is the worst of the Iron Man movies and it’s probably this low on my list because the other two movies were so much better. On rewatching the trilogy, the first movie had that magic and the subsequent ones got worst with each iteration until we finally have the disappointment that is Iron Man 3. And yes, I was definitely among the people who didn’t enjoy that Mandarin cop-out. Here’s hoping that Shang-Chi corrects and addresses that wrong.

I don’t even know where to begin with this movie. Nothing about it was endearing and it felt like it was trying way too hard while trying to awkwardly fit into the movie chronology without upsetting too much established lore. Given that Marvel movies seem to be awkward and janky on their first outings, I have a bit of hope that the following movies in this series will be a lot better. Thor got better, Captain America got better, so chances are this will too.

6. Guardians Of The Galaxy Volume 1

What can I say? I’m just not a fan of the GOTG movies. I think James Gunn is a good director; he’s got vision, direction, and knows exactly what type of movie he wants to make, but his movies aren’t for me (this has me slightly worried about Suicide Squad). $100 on where GOTG Vol. 3 is likely going to go on my list of MCU movies … not sorry.

This movie represents the middle point in my list of the cinematic universe movies. From here, everything I list out (until clearly stated otherwise) are movies that I felt lukewarm or indifferent toward. These next movies weren’t terrible, but they weren’t amazing – you could rearrange the next five alongside this Ant-Man title in any order within this middle point because none of them stood out from one another for me.

This was the start of the decline in the Iron Man movies. Robert Downey Jr. really was the heartbeat and glue to these movies (this becomes so evident in IM3); however, this movie was still a decent watch, just that Vanko was not a great antagonist … perhaps they should’ve learned more on the corporate side of things with Hammer.

I enjoyed this movie a lot better than I did the first one, but that’s not really saying much since the first movie kind of sucked. What I appreciated more about this movie compared to the first was that it was more eventful. Where the first one literally took place in three locations (Asgard, Jotunheim, and New Mexico), this one at least moved around with events taking place.

I maintain, that this wasn’t a bad movie, and arguably an underrated one. I nurture this belief because this movie had the thankless task of tying in so many events while trying to stand on its own at the same time. The first Avenger movie succeeded because it was wrapping up everything built before it without having to think about what comes next, whereas this movie had to wrap up the individual story beats that led to Ultron, while ensuring the story continued after Ultron.

For this reason, I’m very forgiving on Age Of Ultron, even though I found it mediocre at best.

I didn’t ask for this movie, and I don’t think many people did. However, surprisingly, it delivered. I remember back when it was first announced the premise sounded comical and it working seemed far-fetched, but I’m glad everything worked out. I’m not a big Ant-man movie fan but the movies provide a welcomed break from whatever is going on in the MCU and I enjoy Paul Rudd.

Was really not a fan of this movie, and it’s actually weird how high up it is on my list. Everything that was done right from the first movie was lost in this one as we steadily watch the MCU become huge, clunky, and unwieldy. That scene between Peter and Fury where they went over the “unavailable” heroes summarizes everything; Spider-Man didn’t need to get involved in any of it, but he was shoehorned in because it’s his movie and he needs to do something big to break away from the image of Stark/Downey and be his own hero. The best bits of this movie were literally the end clips.

Endgame marks the point in the list where things get good for me, so from here, Endgame would be the worst of the best Marvel movies.

Endgame was a nice wrap-up to all the years we’ve invested into the MCU, but outside of that nice, wrapped package, the movie was very average. Aside from the fan pandering laid all over this movie, there are very few good time travel movies and Endgame is not one of them.

At the time of release, we had never seen anything as ambitious as this, or perhaps I should say we had never seen anything as ambitious be successful in execution. That novelty was part of the hype behind this movie. Looking back now, the movie is still a fun watch but man, when you analyze the lines, the delivery, the sets, and so on, it definitely feels like it has a little poorly aged.

I like this one because it feels very different from all the other movies. I didn’t think the movie itself was particularly great, but the difference in pacing, setting, stakes, psyche, and culture was refreshing, to say the least.

This movie was a lot of fun to watch and I’m really hoping Love and Thunder still retain a lot of that energy, instead of turning out to be an awkward follow-up that doesn’t live up to what was established.

Like Captain America, Thor desperately needed a revamping and breaking away from his initial image. Where the Captain was turned into a proper hero who should be taken seriously, unfortunately Thor was transformed into a goof. However, Chris Hemsworth’s portrayal makes it endearing and bearable, but I hope the don’t further dumb down Thor’s intelligence just to get in some cheap laughs.

Outside of the psychedelic setting of Ragnarok, I wonder if Thor can work and hold its own.

Also known as The Avengers 2.5. The set pieces are bigger, the storyline is more unwieldy, and there are even more characters than before. Little did we know back then that this would be a dress rehearsal for Infinity War/Endgame. All-in-all, it was well done. Looking back, the premise of how the Avengers start fighting among themselves is very silly – one minute of communication would’ve clarified everything very easily, and Zemo’s plan going off without a hitch was too fortuitous, but otherwise everything else was done well enough to cover up those other cracks.

The execution for Homecoming was infinitely better than Far From Home. I could go on for ages about the difference between the two movies, but for the sake of brevity I’ll boil it down to the movie having more interesting stakes and a better script and focus.

I am keenly aware that BP didn’t do it first, Blade did and that movie was brilliant, but that doesn’t take away how nice of a difference Black Panther was. There are a lot of complaints about this movie, where some have valid points and other ones are just “critics” trying to sound clever, but I enjoyed it immensely. With that said, though, the final encounter between Killmonger and T’Challa was terrible, specifically the CGI utilized. That was disgusting.

We’ve reached the top three and it begins with a statement. This movie was what the Captain needed, and it put me on board with the character. Thank God for the Russo brothers and the team behind this movie.

This movie was close to perfect of a movie within the MCU flicks. I can’t say enough good things about this movie. The remaining two movies beat out this movie for higher positions simply because of subjective preferences.

Iron Man started everything and it did it well. Nostalgia and goodwill are probably the key players keeping this movie so high, but I can’t get away from the fact that if this movie didn’t do well, we wouldn’t have an MCU.

A lot of people were gobsmacked by how it ended, but I wasn’t. It was what I was expecting and I’m grateful the Russos went in that direction; story-wise it was the right move to do, any storyteller worth their salt would tell you the same. 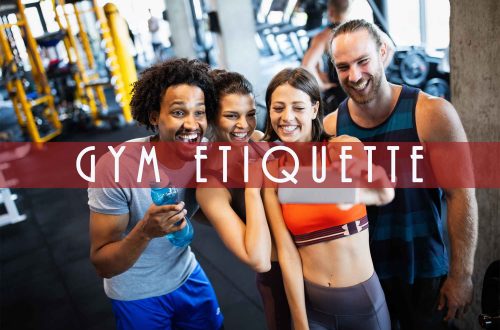 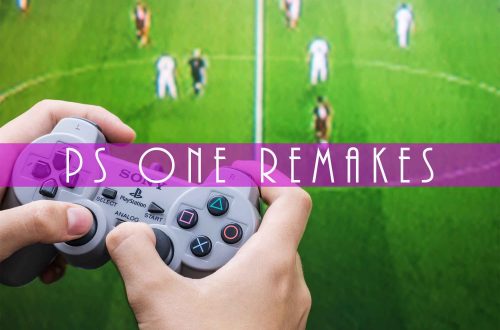 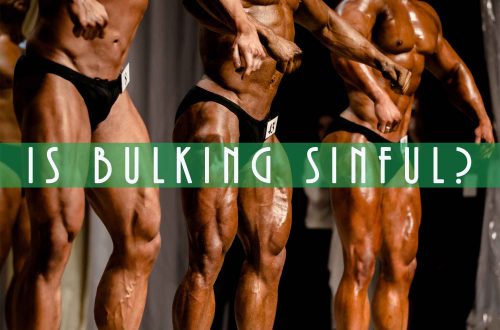 Is Bulking a Sin?